Foreign Minister Mohammad Javad Zarif said on Thursday that Iran has a variety of options in store that will make the United States “regret” if it leaves the 2015 nuclear deal, known as the Joint Comprehensive Plan of Action (JCPOA).

“Iran has a wide range of options both inside and outside of the JCPOA and surely, the reaction from Iran and the international community will be ‘unpleasant’ for the Americans,” Zarif told reporters upon arrival in New York to attend a UN General Assembly peacebuilding meeting, Press TV reported.

Under the deal, which went into force in January 2016 when President Barack Obama was still in office, Iran agreed to put limits on parts of its nuclear program in exchange for termination of all nuclear-related sanctions.

The chief Iranian diplomat said the U.S., especially the Donald Trump administration, has failed to stay true to its commitments and it was up to the European signatories of the deal to preserve it and force Washington to keep up its obligations.

Trump has been a vocal critic of the nuclear deal which was signed between Tehran, the European Union, Germany and the five permanent members of the UN Security Council – the U.S., France, Britain, Russia, and China.

“If the European countries want to preserve the deal they have to make it sustainable for Iran;… they need to impose pressure on the United States in order to compel the U.S., encourage the U.S. to implement what it undertook under the deal,” Zarif said. “Unfortunately, it hasn’t been doing that.”

The European trio – Britain, France, and Germany – is seeking talks on Iran’s missile program in order to encourage Trump to stay in the deal.

However, Zarif said any offers “will not get a positive answer” from the Islamic Republic and Tehran would make no “concessions” whatsoever.

Iran has been insisting that its missile program is only for defensive purposes./End of News 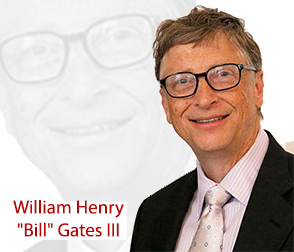